Cats can be fickle, if you own one, you know exactly what I mean. Cats have their own personalities. Some cats are rather lazy while others are talkative and frisky. Have you been trying to avoid making your cat angry? We count down the top 8 things that piss off your cats.

How to piss off your cats?

Don’t do any of these things, If you don’t want to piss off your cats. Because I will not be responsible for any scratching, biting, clawing, or gnawing.

And please don’t get upset at them if they do get mad. 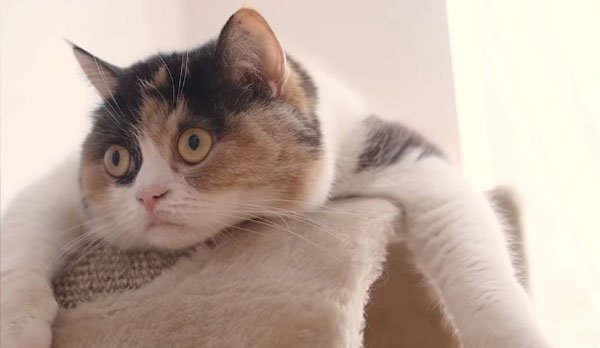 If you haven’t already noticed, most cats love affection and attention but only when it’s on their terms. If you were to force this affection upon them, they are probably not going to be a happy camper. Don’t get too mad at them for not wanting your love, it’s just because they are very independent by nature.

If you don’t know how to effectively force affection onto your cat, just pick them up and sit somewhere comfortable. When you’re ready, begin to essentially smother them with affection. Hold them up in front of you and sing or talk to them in the most annoying baby voice you can imagine. You can repeatedly say their name while you are waving your cat in the air to your made-up and quite annoying song. This is guaranteed to piss off your cats instantly.

Your cat may rub up against your leg or pounce on you when you’re trying to do something just because they want to get your attention. But when the affection is not on their terms, they are surely going to get mad and fight back. 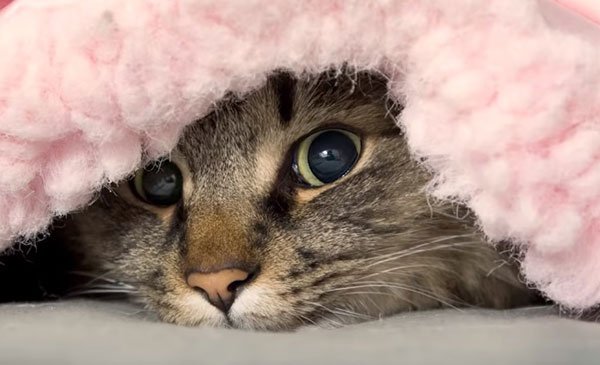 Most animals don’t particularly like loud noises. But one animal that absolutely hates it, is the house cat. Loud noises trigger the flight response and cats fearing that they are in danger. A cat will jolt its whole body to the sound of something loud happening: fireworks, car alarms, honking, yelling, and thunder. All of these are noises that your cat is sure to absolutely hate. An automatic response cats have is to hide after they hear an alarming noise.

Some cats have a substantial fear of loud noises. For example, a cat that has this fear can exhibit anxious behavior before something such as thunder happens. sometimes all it takes is a loud sneeze to scare your cat and really make them pissed you. 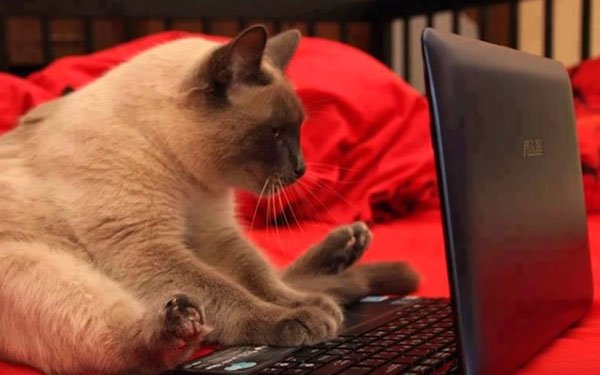 Most things that are done aggressively to a cat are going to make them angry. But aggressive petting seems to stand above the rest when it comes to making them extremely angry. In a cat’s mind, it’s okay for them to pounce on you harshly, accidentally scratch you and paw aggressively at your face. But it is not okay for you to do those things to them.

Cats may act all high and mighty, but they actually just want love and affection because they are secret softies. If you pet your cat too hard or with too much force, they are most likely going to get offended and highly pissed off at you.

Petting your cat to aggressively could over stimulate them and cause their fight response to activate. So watch out, don’t get too aggressive with your cat or they will get aggressive right back at you. 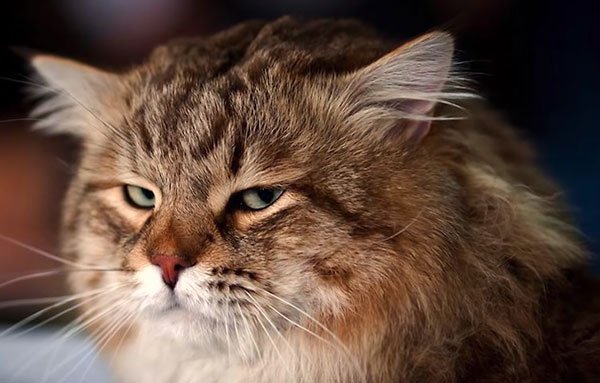 The polar opposite of giving your cat too much affection is not giving them enough affection. Either way, you’re going to make your cat really mad at you. Cats respond negatively when they are not receiving enough attention from their owners. If you have a cat, you probably know that when they are hungry and you are holding off on feeding them, they will meow at you for hours until they get what they want. Some cats will literally almost scream and pull out their owners until they’re fed, apart from not being fed on time.

Some cats suffer from separation anxiety if they are left by themselves too long. If the cat has separation anxiety, this could result in destructive behavior or misuse of their litter box. This means that they will purposely use the restroom in other parts of the house rather than in their litter box. They do this as a way to almost punish their owners for leaving them alone for so long.

So basically if you tend to your cats every need at all times and at whatever time of the day they want, you will have a happy cat. But with how stubborn cats are, I’m sure they will still find something to consistently meow about. 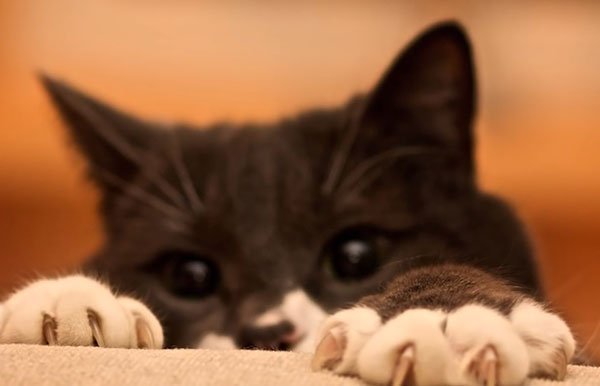 A lot of animals and even children hate getting their nails cut, and cats the same way. We are not hurting them by doing this. Sometimes we cut our cat’s nails for our own protection. So that we don’t get clawed and have scratches everywhere all over our bodies.

Even though we are not causing them physical pain, they act like we are and we’ll try to resist, they could scratch you. Wiggle themselves free from your grasp or hiss if you to voice their disapproval of what you’re doing. Although they are probably going to fight you while you cut their nails, you would most likely want their nails to be trimmed and not sharp for further scratching.

Resisting is an automatic response for them. So don’t get mad at them for getting mad at you. We’re domestic and can handle other people doing our nails, for cats they just don’t understand why, and they simply hate it. 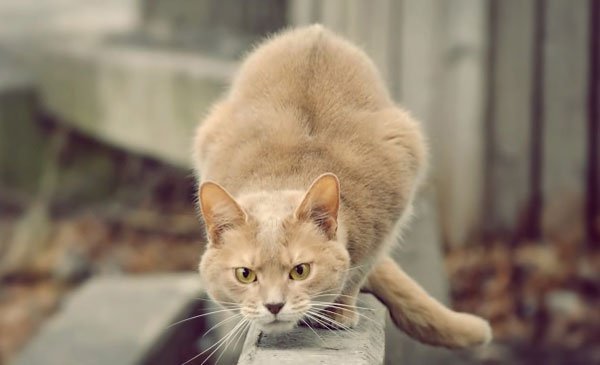 We all know that cats are stubborn animals and love to win. You can easily find this out if you simply just play with one. But if you take away a cat’s victory, they’ll be pissed.

For example, if you have a laser pointer, your cat will chase it around and try to be victorious by catching the red dye. Even though it’s impossible for the cat to catch the dot, they don’t know this and they’re going to get pissed. Cats chase after the dot because they are naturally hunters. This is why they’re so good at finding mice. Cats see the moving red dot as prey that is running away and when it catch it to be victorious.

If you are playing with your cat using some sort of cat toy, they love to paw at it and pounce on it to show that they can get it. But if you take that away or constantly jerk the toy away right before the cat has a chance to grab it, they’re going to get pissed. It may be funny to us, but cats don’t like to be defeated and in their mind that is exactly what’s happening. 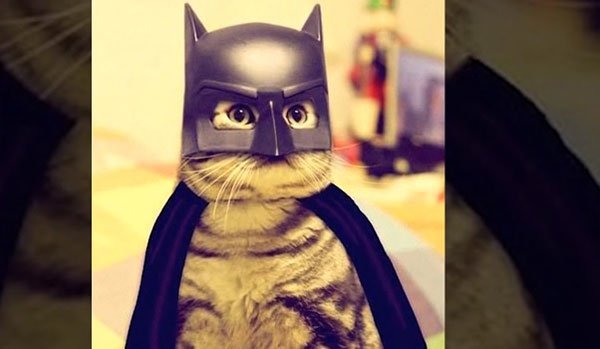 There’s no question that most cats don’t look happy when they are wearing ridiculous outfits that their owners made them wear. Festive holiday sweaters, reindeer antlers, and Halloween costumes can be adorable on cats, but it’s no surprise that most of them absolutely hate wearing that.

I don’t think any outfit actually causes physical pain to the cats, but I’m sure they feel humiliated. Yes, I think that cats get embarrassed just like us humans do. Would you want to wear a horrible outfit and have people laughing and take pictures of you to your face right here?

Cats are used to being naked 24/7 so when they are forced to wear clothes for our liking, there’s no doubt that they may feel quite uncomfortable. Although they might look adorable, they are most likely humiliated and uncomfortable. 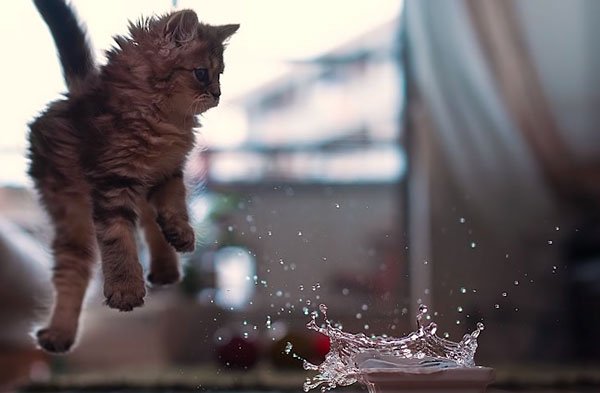 We know how the story goes, cats absolutely hate any kind of water. I’m not sure what it’s all about, but some cats act like water melts their skin when they come into contact with it.

Some people say that cats first not really made to be drenched or completely submerged through the water. And that is why they’ve adapted to cleaning their fur themselves this makes a lot of sense when you think about it. Really, cats are fairly clean animals because they do all their cleaning themselves by licking their fur coats to get all the unwanted nastiness off. But if your cat loves the mud or rolls around constantly in dirt, they have to have a bath.

Although they act like it is killing them and that they are in excruciating pain the whole time. I promise the water is not actually hurting them. Baths are for their own good and they will be happy once they are clean and fluffy again. They may resent you and not let you know that they are thankful to be clean but you did a good thing.

So, that’s it! And remember, make sure that you aren’t going to hurt your cat in any way.

Do you do anything that piss off your cat? Let us know in the comments section below!

Get the best viral stories straight into your inbox before everyone else!